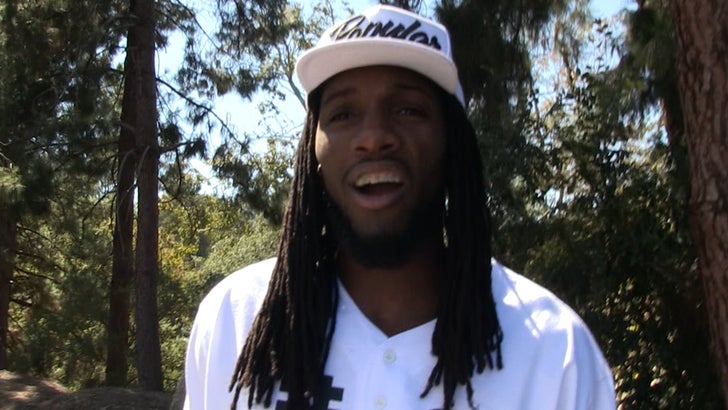 A woman hoisting the NBA Championship trophy is not a movie plot -- Kenneth Faried believes it can happen ... and soon, because there will be a female head coach.

The Denver Nuggets superstar was at JaVale McGee's Celebrity Softball game at UCLA this weekend ... where he openly said our photog was "crazy" for suggesting some NBA players might not be down with having a female head coach.

Check it out ... KF was more passionate than any other player we've gotten talking about Becky Hammons' success as an assistant coach with the Spurs -- and explains why he strongly believes she can be much more.

As Kenneth puts it, "Why not?"