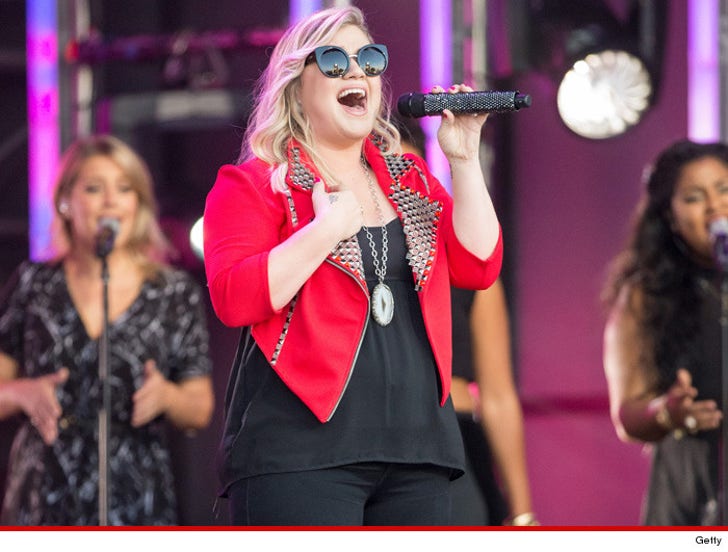 Kelly Clarkson just made a tearful announcement in the middle of her L.A. concert -- she's knocked up again!

Clarkson broke the news to the crowd at her Staples Center show Wednesday night ... and said she decided to come clean because she was getting emotional while singing her song, "Piece by Piece."

She joked that she didn't want fans to think she was on pills -- so, instead she blurted out she's expecting. She said she and husband Brandon Blackstock haven't really told some family members yet, so ... oops?