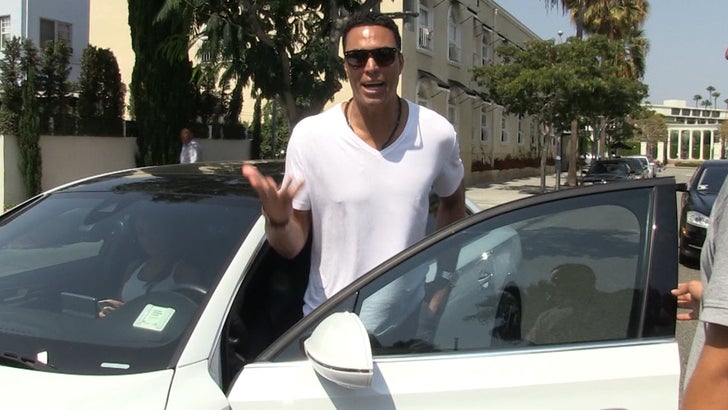 Kelce had a breakout season in 2014 ... and recently said he plans to get even better by learning from Tony -- one of the greatest TE's in the history of the game.

So when Tony was leaving Il Pastaio in Bev Hills -- we asked him if he thought Travis has what it takes to be the next "Tony G."

Check out his answer -- he ain't exactly anointing the guy just yet ... but it seems like is MENTORING him.