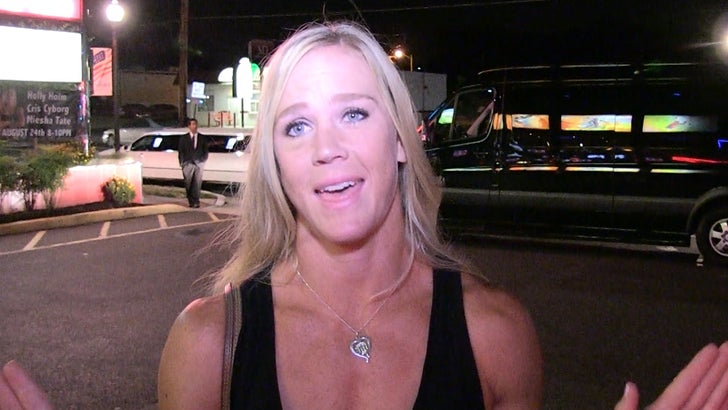 UFC fighter Holly Holm tells TMZ Sports she knows better than to piss off Ronda Rousey with disrespectful trash talk before their fight ... because she's NOT AN IDIOT!!!!

Holm was shooting her new movie "Fight Valley: Knockaround Girls" when we asked if she was going to go the Bethe Correia route ... and try to get in Ronda's head by spewing venom before they step in the octagon in January.

But Holm says you won't catch her poking the bear, especially when the bear can SNAP YOUR ARM IN HALF!!!

Check out the clip -- Holm says she has nothing but respect for Rousey ... and even explains how she was SURPRISED when she found out she got the fight in the first place.