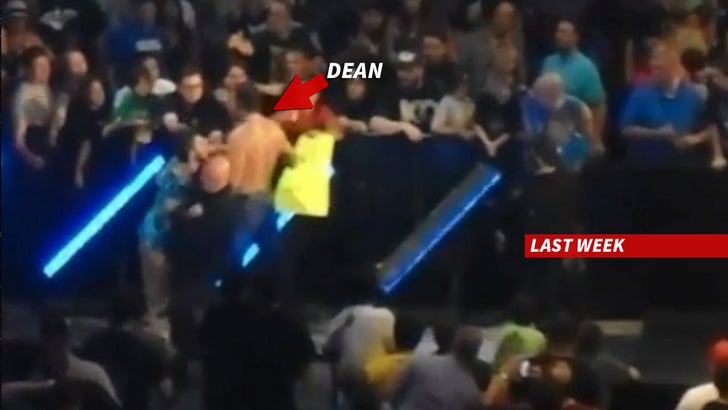 Dean Ambrose, one of the giants in the WWE, was almost attacked during a taping of Smackdown ... attacked by a guy some say was holding a sharp object which at least one fan says was a knife.

It happened right after the show in Providence. You see the would-be attacker come right for Ambrose, but a quick-thinking security uses a wrestling move of his own, body slamming him to the ground.

It's unclear what happened to the guy or what if anything he was clutching. 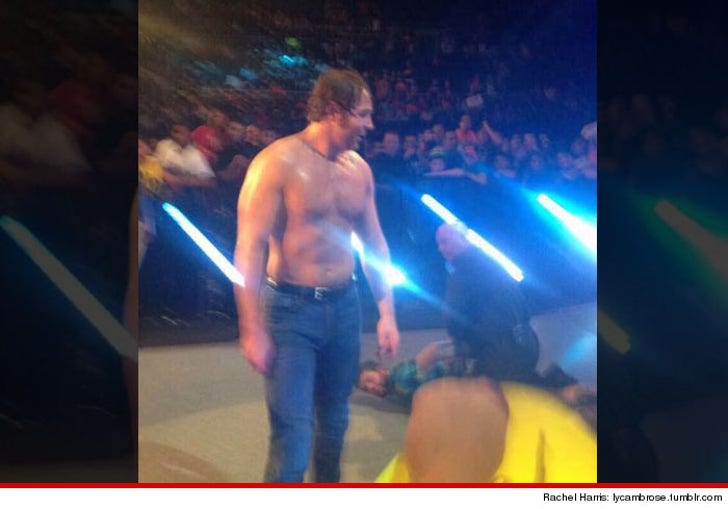 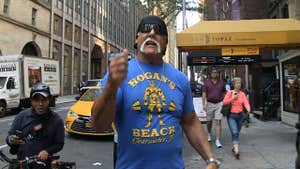 Hulk Hogan -- I Still Love WWE ... And I Wanna Be Trump's Running Mate 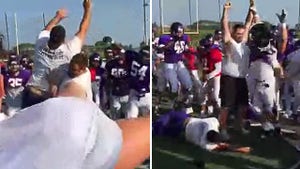 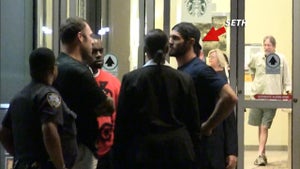