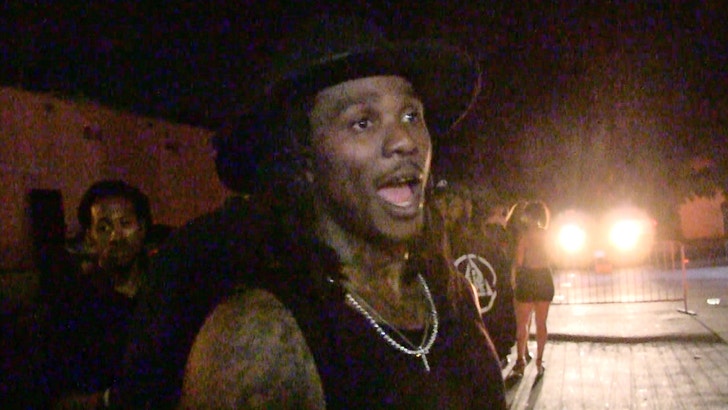 The Arizona Cardinals running back was leaving 1 Oak nightclub in Hollywood last night (gotta get it in before the season starts!) when we asked if he thinks Tim can still make it in the NFL.

But how would he feel about Tebow taking snaps for his squad? We ask that too.