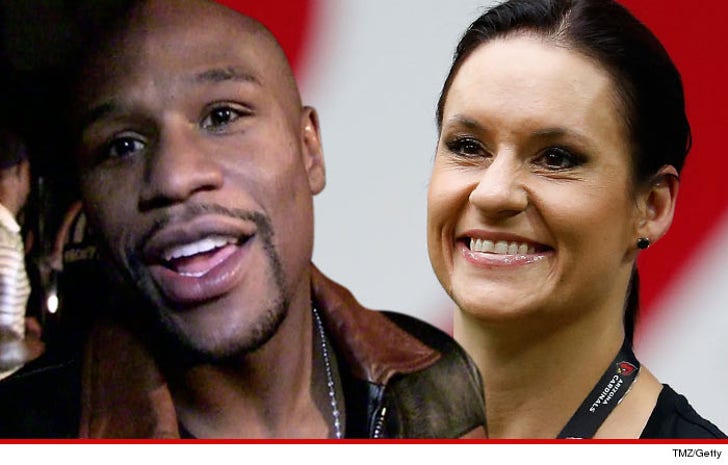 Floyd Mayweather has one tough lady in his corner -- the NFL's first female coach Jen Welter -- who will follow in Justin Bieber's footsteps and walk the boxer to the ring to fight Andre Berto.

As we previously reported, Mayweather had already contacted Welter's people and offered her a pair of ringside seats to the bout ... claiming he's a big fan. Welter accepted and praised the boxer on social media.

Now, Welter's rep tells TMZ Sports ... the relationship has continued to blossom -- with Mayweather asking Welter to walk with his entourage on his way into the ring on Sept. 12th.

We're told Welter -- who was an intern with the Arizona Cardinals -- is excited ... and considers the whole thing an honor.

Mayweather is known for having celebs in his corner -- including Bieber, Lil Wayne and even the Burger King mascot. 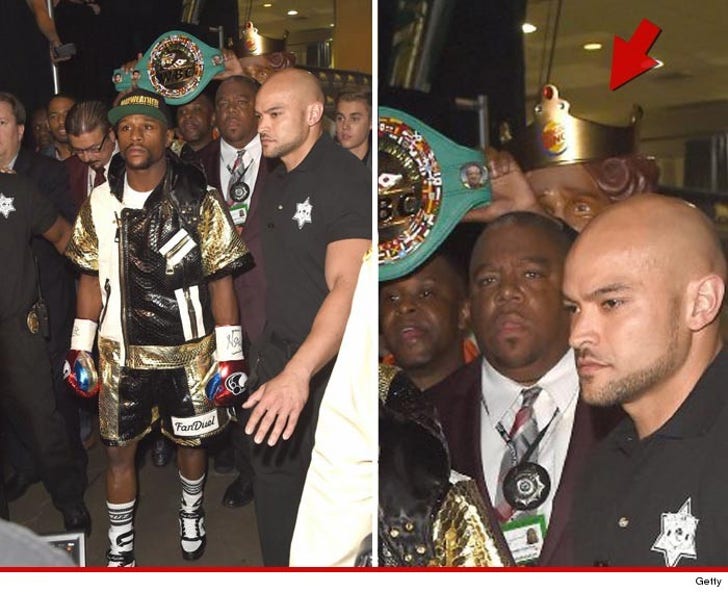