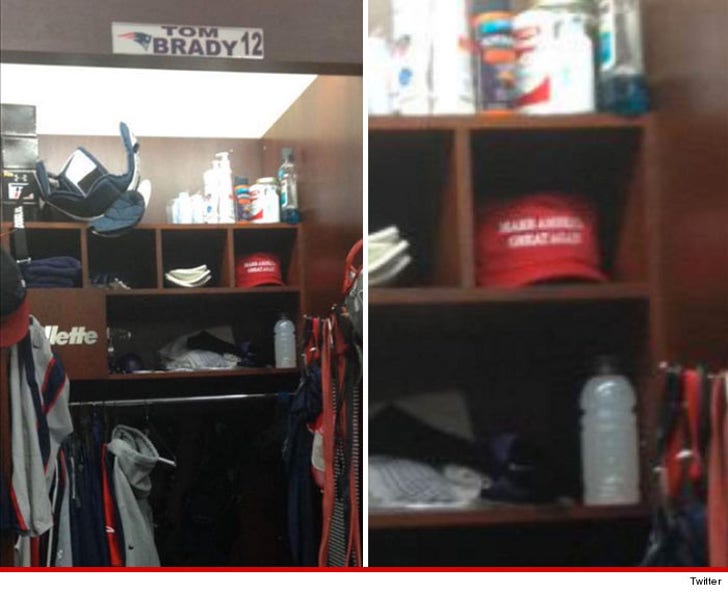 Donald Trump showed Tom Brady some love, and now Tom's returning the favor ... with a locker room shout out to Trump's campaign slogan.

One of those red "Make America Great Again" caps was spotted in Tom Terrific's locker at Gillette Stadium this weekend -- a potentially huge endorsement for Trump.

The Donald gave Brady props when his 4-game suspension was overturned last week, and Trump's camp says he and TB have been tight for years.

Apparently, they don't talk much about hair styling? 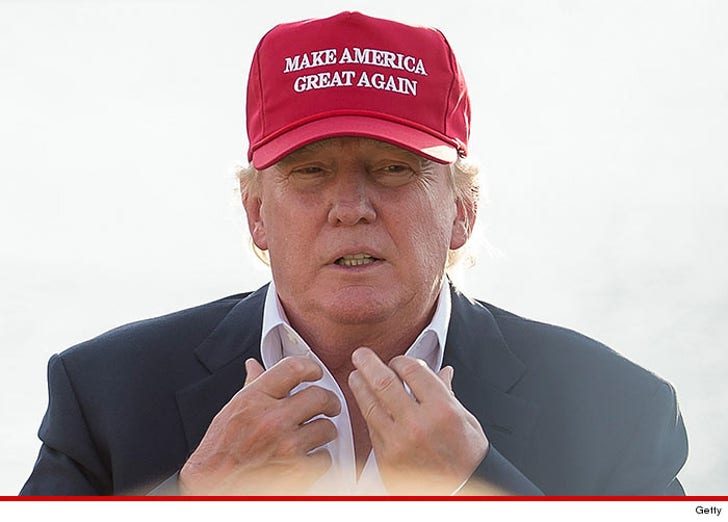