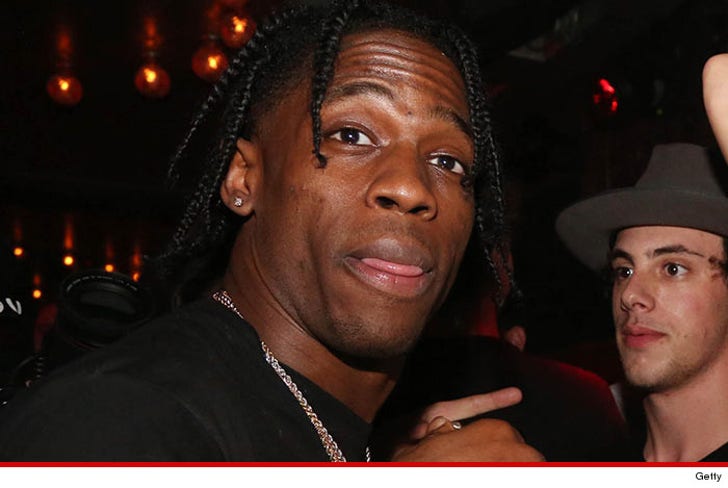 Travis Scott is warning people not to jump all over him because he has nothing but respect for the LGBT community ... despite the fact he hurled homophobic slurs at his fans.

Scott is apologizing for an incident back in March, when he got pissed off the crowd wasn't showing him enough love. He used the Q and the F words to show his displeasure.

But Travis says "Never will I ever disrespect that community." Never say never. 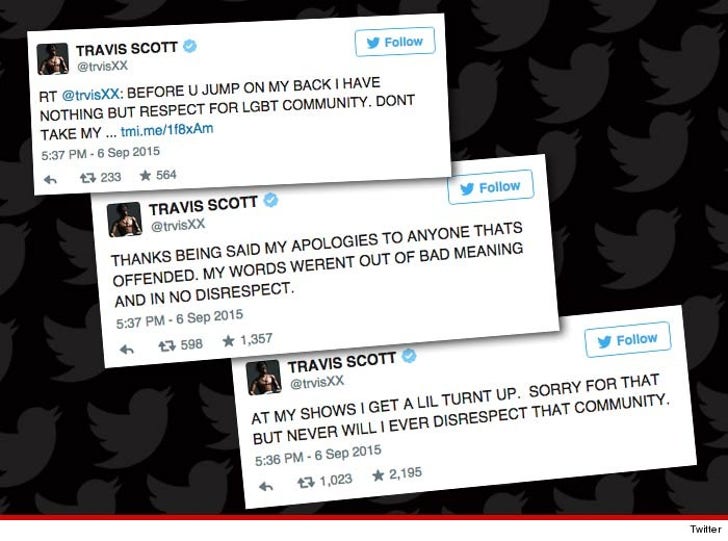 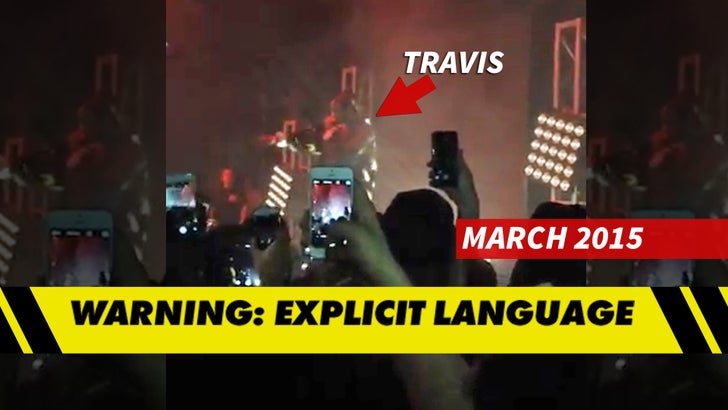