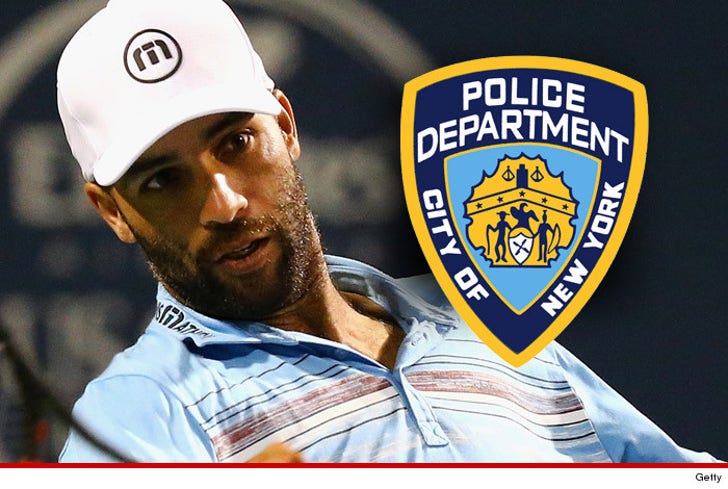 The NYPD has launched an internal investigation after former tennis superstar James Blake was wrongly detained and allegedly roughed up by 5 officers who mistook him for a credit card crook ... TMZ Sports has learned.

35-year-old Blake -- who's African-American -- says he was slammed to the ground and handcuffed by 5 cops outside an NYC hotel on Wednesday as he was on his way to the U.S. Open.

An NYPD spokesperson tells us Blake was "misidentified" as a suspect in an ongoing investigation into fraudulently purchased cell phones.

"Once Blake was properly identified and found to have no connection to the investigation, he was released from police custody immediately."

"In regards to the alleged improper use of force, the Police Commissioner directed the internal affairs bureau to investigate."

And get this ... one source connected to the situation tells us that while Blake was being detained, it was a retired NYPD officer who informed detectives that the guy in handcuffs was James Blake.

As for Blake, he told the NY Daily News he can't be sure race was a factor -- but he's more pissed about what he considers an unjustified use of force.

"To me it's as simple as unnecessary police force, no matter what my race is. In my mind there's probably a race factor involved, but no matter what there's no reason for anybody to do that to anybody."