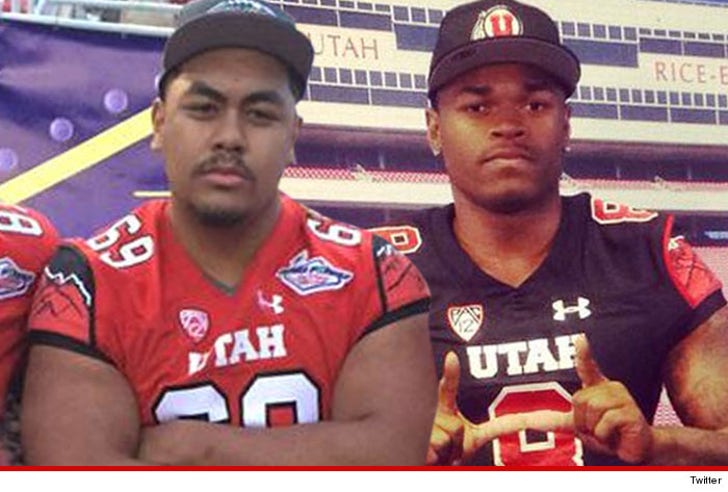 Salt Lake City cops say 2 men -- both U of U players -- were shot following an altercation with 3 men who were denied entry into a party. Both men are in the hospital, in stable condition.

Both players should make a full recovery.

Cops are stumped as to the identity of the 3 suspects.