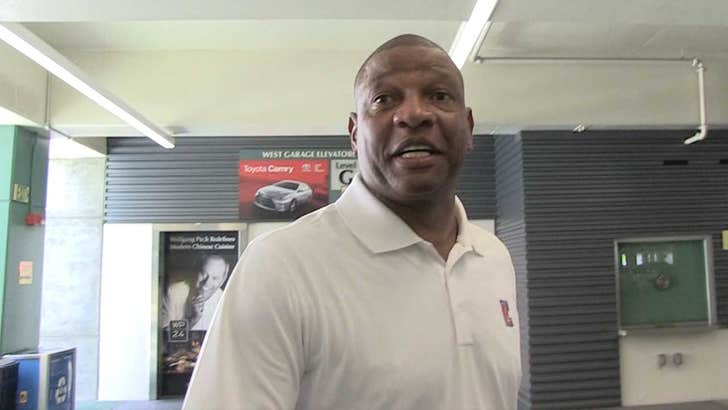 Doc Rivers is putting the best face possible on the front office struggle between himself and fellow L.A. Clippers President Gillian Zucker ... claiming all that matters is the team they put out on the court.

As we previously reported ... sources inside the Clips tell TMZ Sports both players and staff are are frustrated with the rift between Rivers and Zucker -- and it's bad enough that it lead to at least one player bolting for free agency.

We got Doc out in L.A. and asked how things stand with Zucker. Watch how Doc expertly tried to downplay the whole mess, and instead talk about the players he's assembled for the upcoming season.

Check it out ... there's also a sarcastic jab at former ESPN columnist Bill Simmons, who was first to discuss the turmoil in Clipperville.