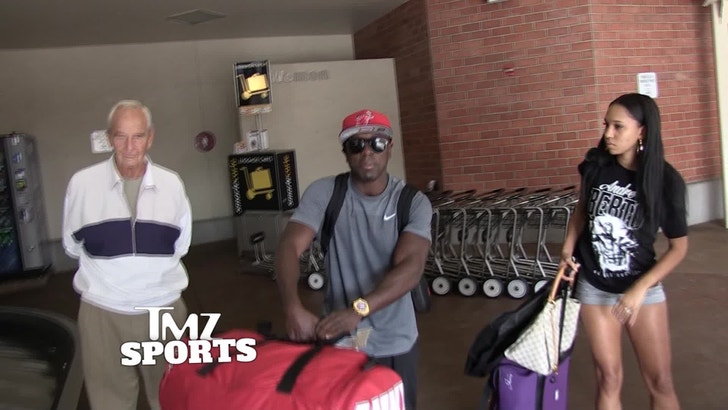 Andre Berto's throwing a fresh jab at Floyd Mayweather Jr., and also getting a little too candid (and insensitive, arguably) about his pal Chris Brown's lethal hands.

Berto flew into L.A. Monday ... fresh off his weekend loss in Vegas. AB had plenty to say about Mayweather lacking any punch during their fight -- but the shocking part of this clip is what he says about a hypothetical fight between Justin Bieber and Brown.

To be fair, our photog raised the topic, and Berto just ran with it. It's obvious Andre was NOT thinking about the Rihanna beating as he bragged ... Chris "got them hands."

Berto's point is really that Bieber wouldn't stand a chance, but let's just say ... he made an innocent mistake with his choice of words. 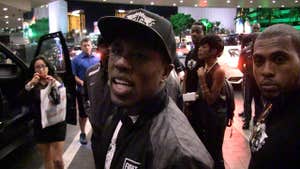 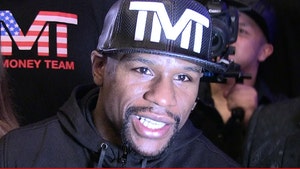 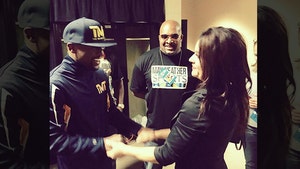