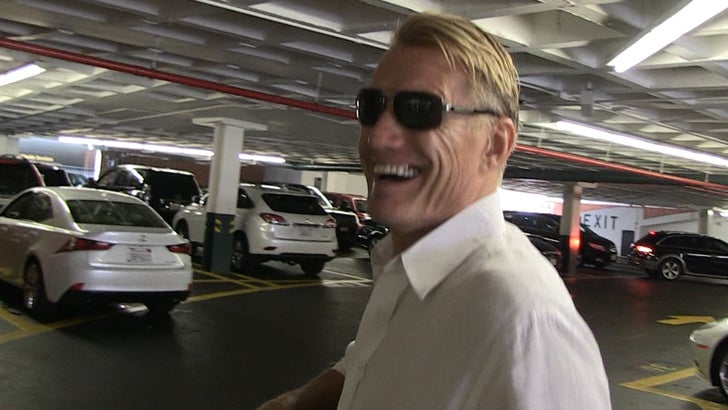 Lundgren was out in Beverly Hills when we asked about Vladimir Putin recently granting Jones an honorary citizenship during a ceremony in Moscow.

That's when Dolph hit Roy harder than Drago hit Apollo ... cause when our guy asked if Roy could take the fake Russian killing machine ... Lungdren talked some real smack.

Check out the clip ... and RIP Apollo Creed.

Ezekiel Elliott Claps Back At Critics 'Go Do Your Homework'

Bubba Wallace Eviscerates Fellow Driver After Wreck ... 'What A Joke He Is'