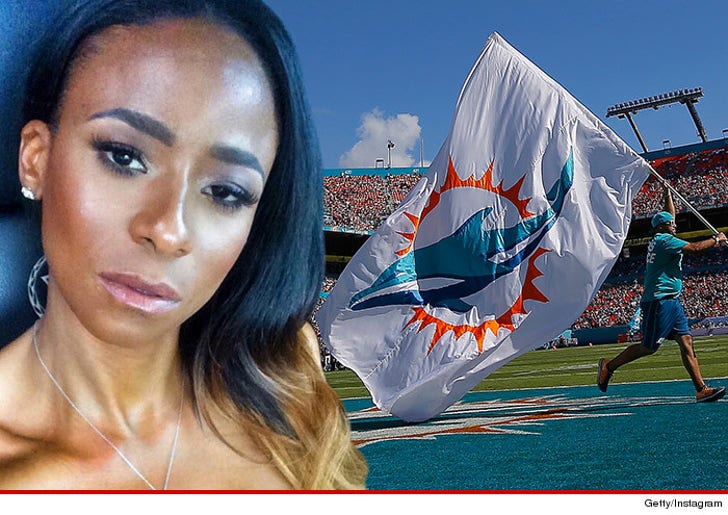 Good news for Miami Dolphins player Brent Grimes ... his wife will NOT be banned from attending future Dolphins games after allegedly headbutting a cop at the stadium ... TMZ Sports has learned.

Miko Grimes was arrested right around kickoff on Sunday after cops say she flew into a violent anti-cop rage when they tried to stop her from walking into a restricted area ... culminating in an alleged Miko-vs-Cop headbutt.

Miko's facing all sorts of criminal charges for the alleged incident ... but as long as she's not in jail, she's free to come back to the field and cheer on her hubby whenever she wants ... so says a Dolphins spokesperson.

So, if (allegedly) going forehead to face with law enforcement doesn't get you blacklisted from Sun Life ... does anything???

By the way, seems Grimes is trying to keep a low profile now ... because according to our friends at BSO, she's deleted her Twitter account ... and her husband wasn't made available by the Dolphins to speak to the media today.