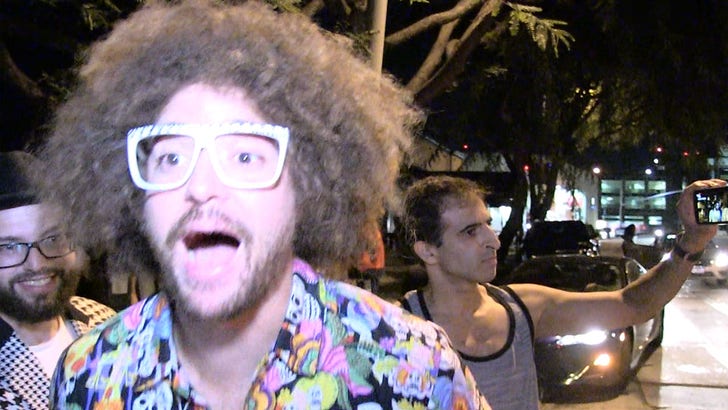 Rob Gronkowski has a new teammate -- Redfoo -- who tells TMZ Sports he signed, sealed and delivered to join Gronk's party cruise ... and says the whole thing is gonna be insane!!!

As we previously reported, the New England Patriots tight end is taking a 3-day party cruise out in the Bahamas in February ... culminating in a rager on a private island!

Last night, Redfoo told us he's fully committed to be part of the festivities -- and even issues a challenge to Gronk when it comes to partying on the boat.

This thing is gonna be insane ...