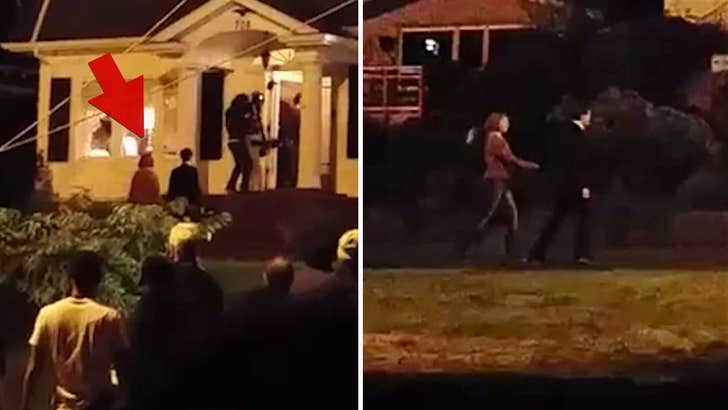 Twin Peaks fans can start drooling because the first video from the new season just surfaced and it appears Laura Palmer just might be back from the dead.

In the clip, you can see Agent Cooper, played by Kyle MacLachlan walking up to the Palmer house with what looks like Laura. Not sure if it's just one of the show's notorious dream-scenes or if she was never dead in the first place (crazier things have happened) but it will certainly have fans buzzing.

David Lynch's series, which first aired in 1990 and ended in '91 is set to return next year and its cult-like following has been foaming at the mouth for any leaks ... "damn fine" clip.