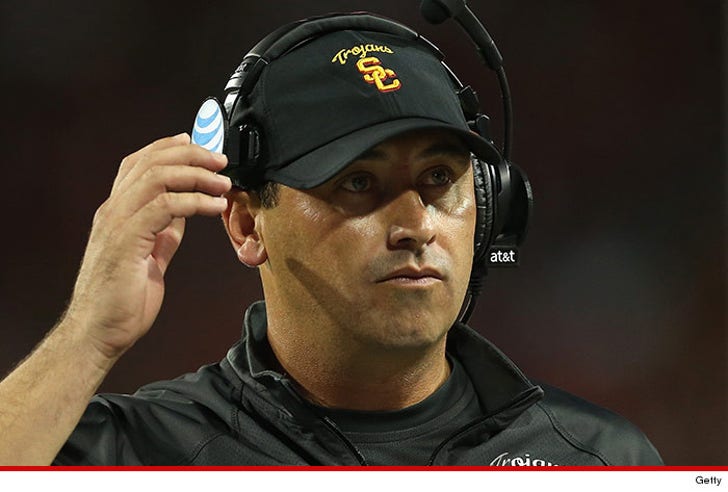 3:19 PM PT -- Multiple sources tell TMZ Sports Sarkisian was at the USC football facility on Sunday but never made it up to the practice field. We're told he was clearly in no shape to work and was ultimately "escorted out" of the facility.

USC football coach Steve Sarkisian has been ordered to take a "leave of absence" from the team after missing practice Sunday -- with the school's A.D. saying he's simply "not healthy."

USC's athletic director Pat Haden wouldn't get into specifics about what Sark's medical issues are at a news conference earlier today, but it seems pretty clear:

“I was over at basketball and got a call that coach Sarkisian wasn’t at practice. So, I just learned about this about 1 o’clock. I called Steve, talked to him. It was very clear to me that he is not healthy. I asked him to take an indefinite leave of absence.”

Back in August, Sarkisian apologized to Haden and the school after showing up to a USC event seemingly wasted -- and cussed while addressing the crowd. At the time, Sark said he would be seeking treatment.