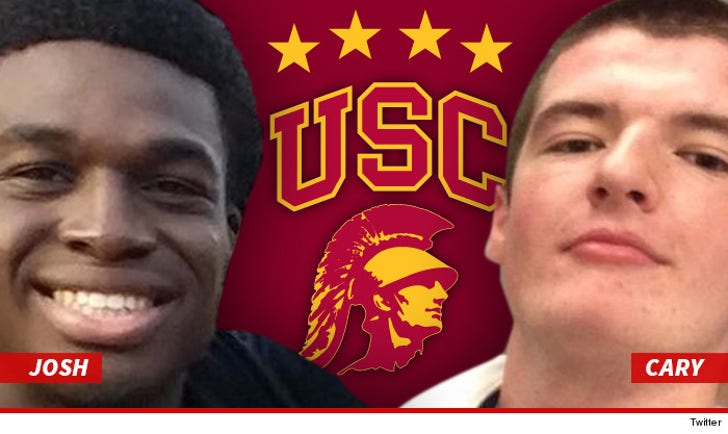 It's DEFCON 1 at USC -- with several members of the football program reaching out the school's top recruits in the hopes they can talk the kids into sticking with the Trojans ... despite the P.R. nightmare.

One of the recruits SC is hoping to save is Josh Imatorbhebhe ... a 4-star WR, considered one of the best high school players in the country.

We spoke to Josh's mom Zizi who tells us the coaching staff reached out to Josh on Sunday and Monday to keep him in the loop about the situation with Steve Sarkisian and to let him know they still desperately want him on the team in the fall.

But Zizi says her family is waiting to see how things shake out before making a final decision.

"It's a challenging time, obviously, but we're waiting it out at this point. But [Josh] is going to have to keep his options open. That said, our family is solidly behind USC and the coaching staff."

Zizi adds, "[Josh] has been in contact with the other recruits, and they're going to reconsider also."

Another recruit SC is trying to salvage is Cary Angeline -- a 4-star tight end who has received offers from schools like Florida State, Alabama, Auburn and many, many more.

Cary's dad tells us his son got a call from SC's interim coach Clay Helton and the tight end coach -- both of whom assured the family the school is moving forward and "looking to win out this season."

So, where does Cary stand?

"USC is an awesome school with a great tradition, but we have to keep an eye on things."