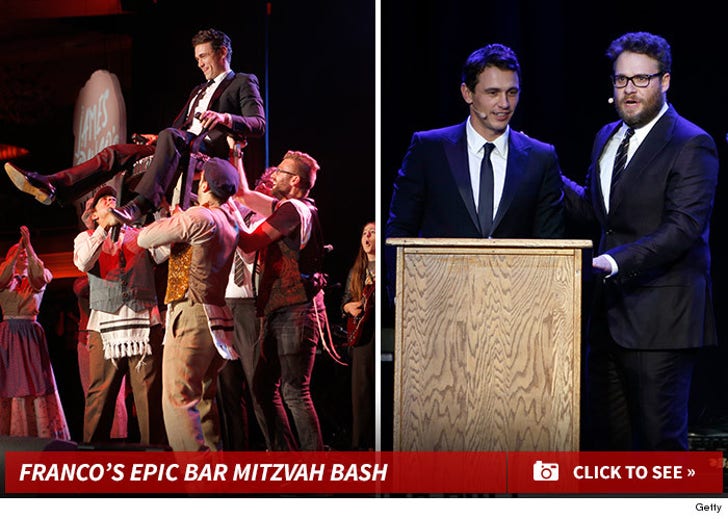 Franco's bud, Seth Rogen, threw the Jewish-ish bash at the Palladium in Hollywood. Franco has expressed his regret about never becoming a man in the Jewish religion, but he finally did it ... 24 years late, but he still did it.
Famous guests were on hand to celebrate, including Miley Cyrus, HAIM and Bill Hader. The event raised money with Hilarity for Charity in partnership with the Alzheimer's Association.
No word on how many U.S. Savings Bonds Franco scored.