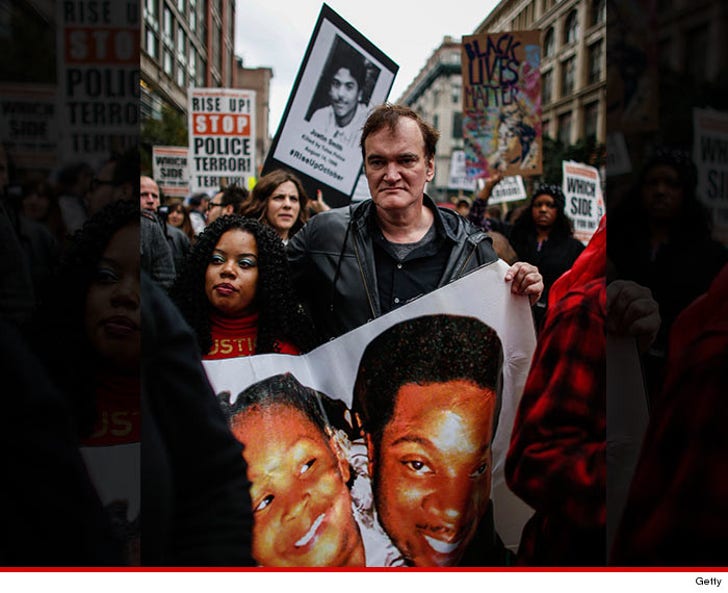 Quentin Tarantino took the mic and fueled outraged protesters in NYC who were rallying against deadly acts of alleged police brutality.

There were tense moments with NYPD officers ... and 11 protesters were eventually arrested for disorderly conduct. The rally came just four days after an NYPD was killed in the line of duty.

Tarantino addressed that shooting, telling the NY Post ... "It's unfortunate timing, but we've flown in all these families to go and tell their stories. That cop that was killed ... that's a tragedy too."