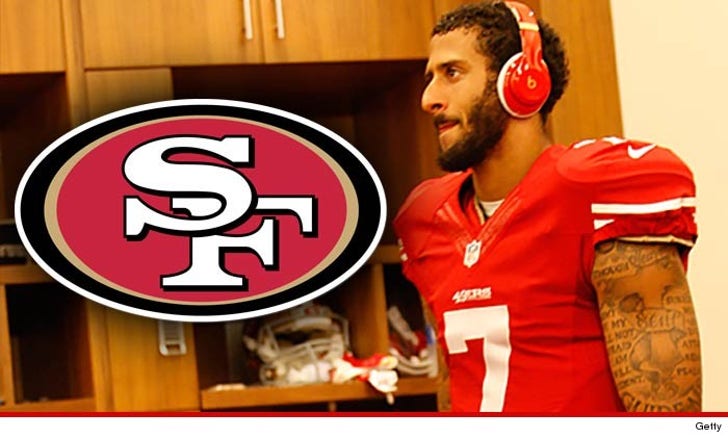 Colin Kaepernick's headphones were a heated topic with the 49ers players -- and played a key role in the blowout between teammates at a players meeting earlier this month ... multiple team sources tell TMZ Sports.

Our 49ers sources tell us ... there definitely was a heated exchange between Vernon Davis and Joe Staley at a team meeting -- where they verbally clashed over Kaepernick.

We're told one of the issues that was raised in the meeting was ... a bunch of players felt like Colin had been acting like a "loner" -- constantly walking around the team facility with his headphones on, tuning out the rest of the team.

Our sources tell us players are frustrated because it makes Colin seem unapproachable -- and some of the vets, including Davis, felt he NEEDS to be more inclusive if he wants to be an effective leader.

We're told it's not just the headphones ... it's more complicated ... but it was raised in the meeting as one of the issues.

By the way, we're told not everyone on the team feels this way -- including Joe Staley.

"Joe let Vernon know his opinion might be a little off," one source tells us.

As BayAreaSportsGuy.com ﻿reported, the exchange got heated -- but we're told things did NOT turn physical. Vernon and Staley went outside and spoke minutes after the meeting and worked out their issues. 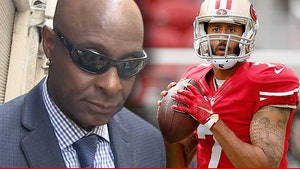 Jerry Rice -- Bench Colin Kaepernick ... But Not For Good 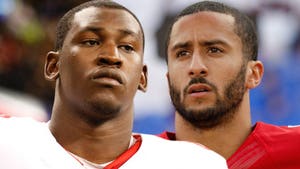 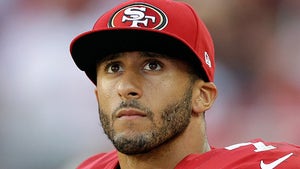