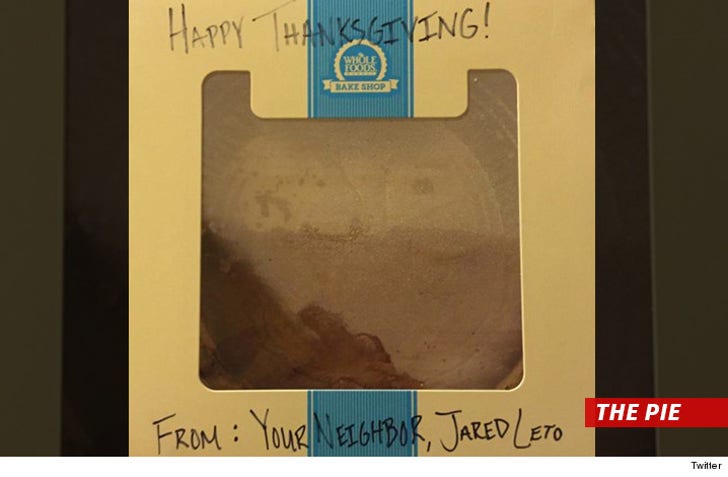 Jared Leto used the tried and true way to win over the neighbors who had an ax to grind with him .... he sent them all pumpkin pies.

TMZ broke the story, Jared had a crazy Halloween party shortly after moving in to his Laurel Canyon neighborhood in L.A., pissing off neighbors. They said his guests "wreaked havoc" in the neighborhood, and one person even called him a "d***" for not getting guests a shuttle service.

But pies from Whole Foods are the way to make things right, and we're guessing it worked.