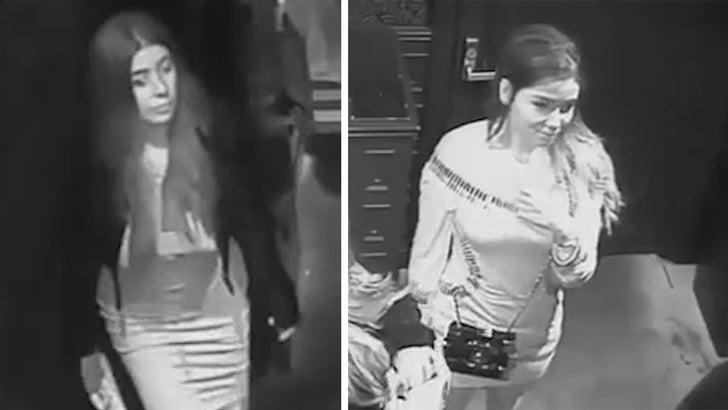 The NYPD is on the hunt for these two women -- who were allegedly hanging at Derrick Williams' NYC apartment before more than $600,000 in jewelry went missing earlier this month.

Cops say the two Hispanic mystery ladies entered the 24-year-old's place around 5:20 AM on Dec. 19th ... stayed for about 90 minutes and left.

The footage of the women was taken from a suveillance camera at Up&Down nightclub in Chelsea.

The women have not been named suspects -- only persons of interest -- but it's clear the cops wanna talk with both of the ladies, ASAP.