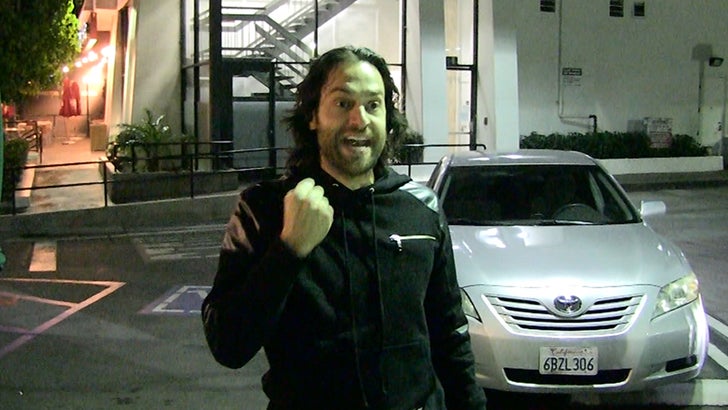 Chris D'Elia is scoffing at HGH critics, because he thinks football would be way better if players get so ridiculously strong they eat opposing team members alive ... body part by body part.

We got the "Undateable" star leaving Coffee Bean on the Sunset Strip, and it's very clear he WISHES Peyton Manning was on the juice.

Speaking of juice ... Chris says he's never had a drop of alcohol in his life. What's the matter with him?