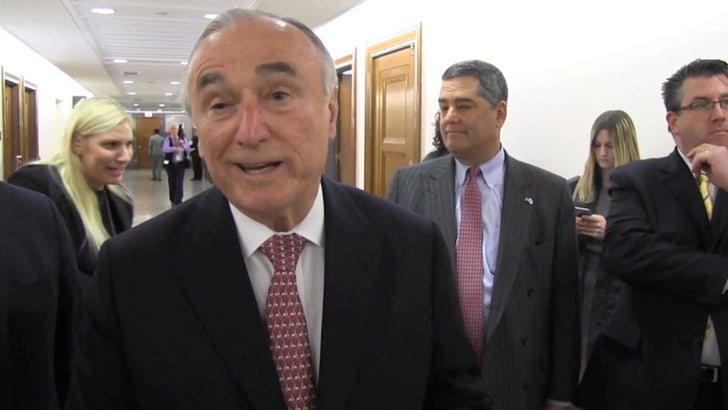 Former LAPD top cop Bill Bratton knows a thing or 2 about L.A. police work, so he's a little dubious about the portrayal of the men in blue in 'The People v. O.J. Simpson.'

The current NYC Police Commissioner was on Capitol Hill, when our photog asked if cops should watch the show, presumably as a lesson.

His answer is interesting. Fact is, the LAPD made lots of mistakes in the case ... contaminating evidence, completely blowing a golden opportunity during the police interview with The Juice, among other things. On the other hand, cops chronicled a trail of blood from the bodies to O.J.'s bathroom.

Important to note -- the 1994 murder was not on Bratton's watch. Nevertheless, he still has the backs of LAPD cops.