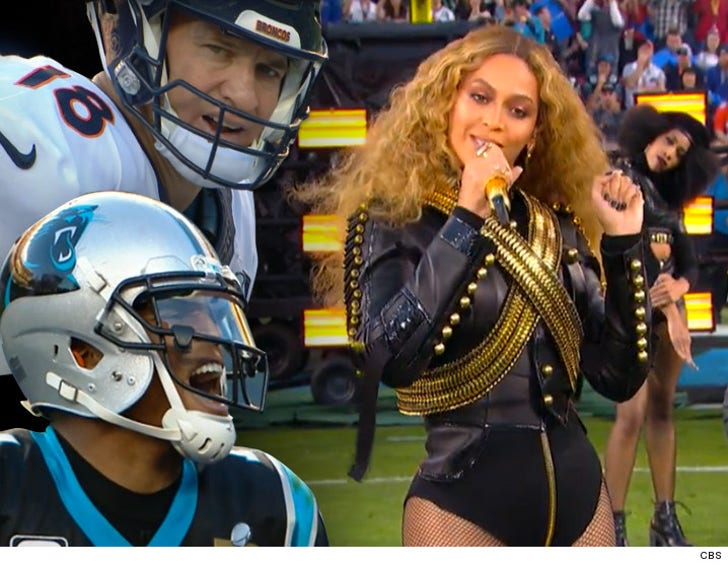 Beyonce's boobs were a no-go at the Super Bowl halftime show ... meaning gamblers who bet she'd rock cleavage lost money -- AND had to endure that boring as hell Coldplay performance.

As we previously reported, Beyonce's chest situation was a Super Bowl prop bet on sites like BetOnline.ag -- and just like last year, that particular bet sees a lot of action.

But B kept the puppies indoors this year ... capping off what Piers Morgan called the "worst Super Bowl halftime show."