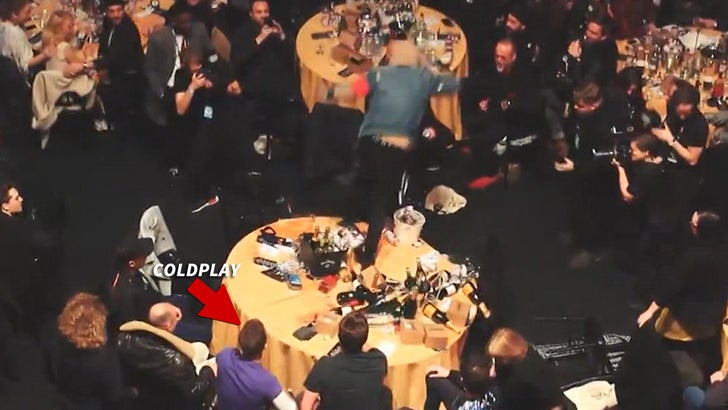 Coldplay got a lesson in old school rock 'n' roll in the middle of an award show when a singer went berserk and destroyed the band's dinner table.

Bring Me the Horizon lead singer Oli Sykes was either being supremely douchey or pulling off a brilliant PR stunt at Wednesday night's NME awards in London -- but during their performance Skyes jumped on Chris Martin and co.'s table and just trashed it.

Skyes claims it was "in no way in protest to Coldplay," but BMTH has publicly bitched that Coldplay's new album art copied their "Sempiternal" album.

Skyes chalked it up to sound problems -- and Martin took the chaos in stride, saying he'd never heard of the band but thought it "was great, very rock n roll." 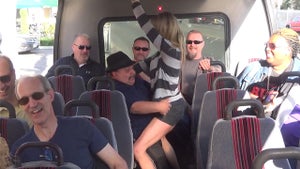