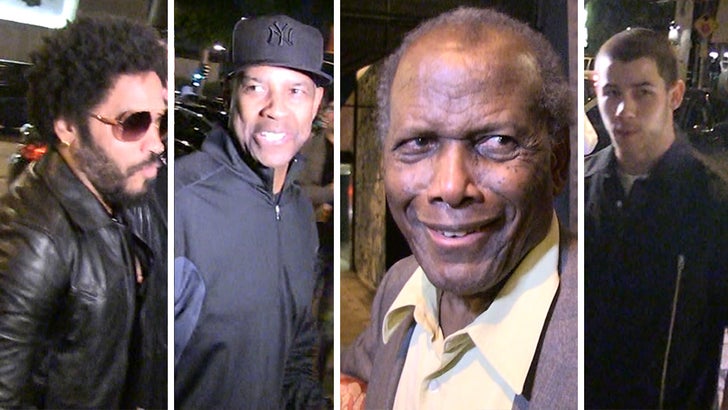 Sidney Poitier -- the first black actor to win a best-acting Oscar -- went to Craig's to celebrate his 89th birthday ... and a truckload of stars showed up to honor him.

Check out the video ... Denzel Washington, Lenny Kravitz, Patrick Stewart, Lori Laughlin and others came to watch Sidney blow out the candles. Nick Jonas showed up at the same time as the others and left around the same time as well, so it looks like he was part of the celebration.

Sidney -- who, by the way is awesome -- was mum on the whole Oscars thing. Hey, it's his birthday. He calls the shots. 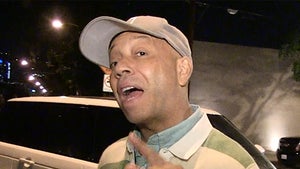 Russell Simmons -- Regarding Oscars ... I Don't Want the White Guys to Die!!!