President Barack Obama sent a touching note to a former teacher, wishing him a happy 80th birthday, and the teacher was so moved ... he's unloading it for big money.

The birthday note was sent last year to Obama's prep school teacher at Punahou School in Hawaii named Bill, and in it he said he was "grateful for educators like you that made such a difference in the lives of so many young people -- including me."

Touching, right? It's even on White House stationery.

Well, ole Bill's now hawking the keepsake through autograph dealer Moments in Time. It's going for $12,500 right now ... as the NY Post reported. 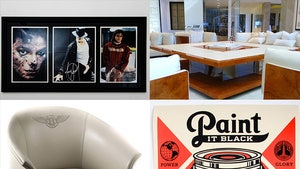