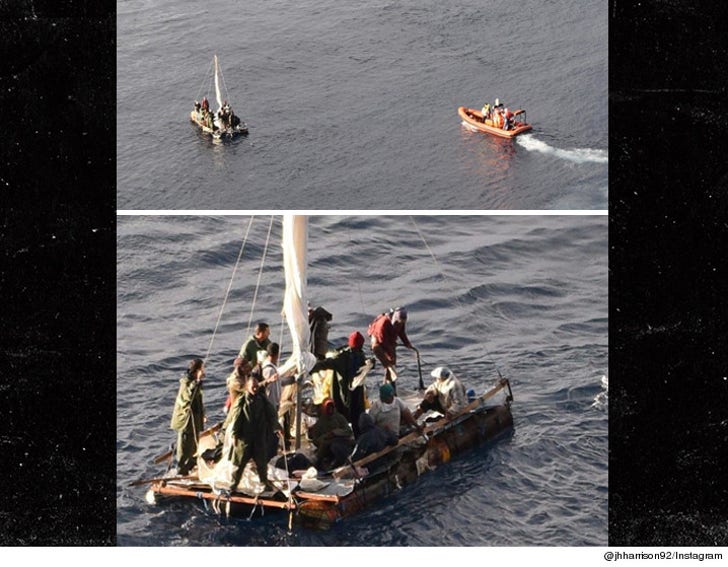 Some Pittsburgh sports heroes turned into real life heroes for a group of people stranded in the middle of the Gulf of Mexico.

Pittsburgh Steelers player James Harrison was on board The Legends of Pittsburgh Cruise and he uploaded the pics to his Instagram Saturday. According to James, the ship stopped in the middle of the Gulf to rescue 16 people on a homemade raft.

It's unclear what happened to the refugees once on board ... but one thing's for sure, there's a good chance they'll become Pittsburgh fans.