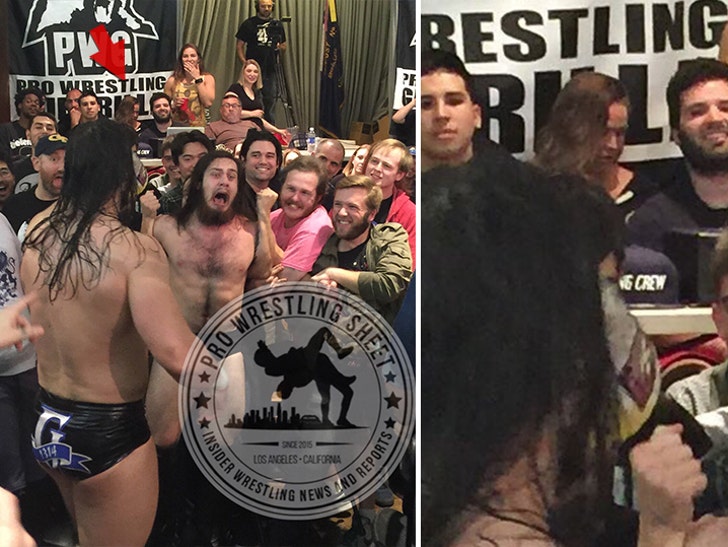 Ronda Rousey was ringside as Holly Holm lost Saturday night .. but not in Vegas -- she was at a pro wrestling match in L.A. ... and was HAPPY after her rival tapped out.

The guys at ProWrestlingSheet.com snapped this pic of Ronda at PWG All Star Weekend 12 in Reseda, CA -- intensely focusing on her cell phone at the same time Holly was fighting Miesha Tate at UFC 196.

(Ronda is wearing the black shirt and sitting down)

Unclear exactly what Ronda was looking at ... but c'mon.

After the Holm fight was over we're told she turned her attention back to wrestling -- and was "happy, smiling and enjoying herself."

... maybe because she's beaten the person who now holds her belt both times they've fought.