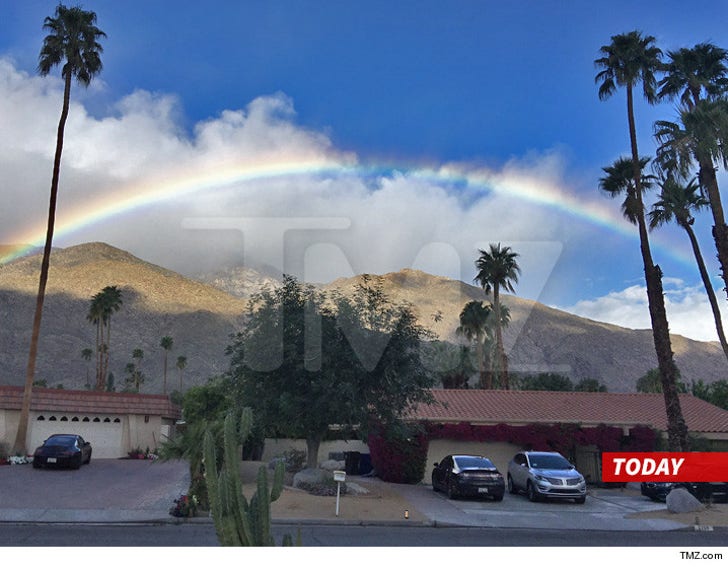 Nancy Reagan's death was followed hours later by a spectacular rainbow over a Palm Springs golf course Ronald Reagan frequented ... a remarkable coincidence to say the least, since her Secret Service code name was "Rainbow."

The tributes are pouring in from celebrities and everyday fans, but Mother Nature gave Nancy the ultimate prop.

Southern California was drenched Saturday night and early Sunday morning by a storm which was supposed to last all day ... but simply evaporated shortly after her death. The rainbow hung over the Indian Canyons Golf Resort.