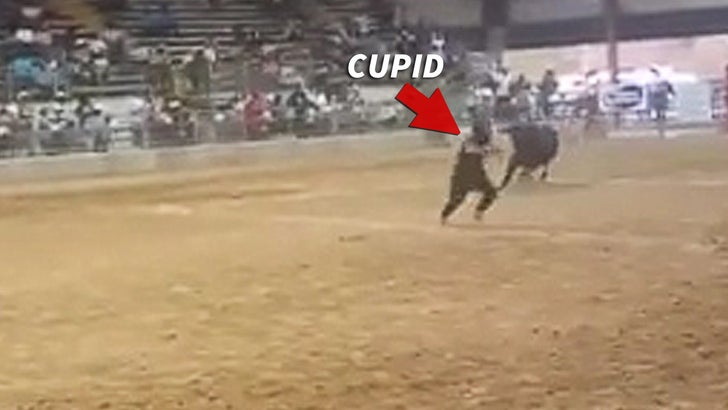 The guy behind the smash hit "Cupid Shuffle" came thiiiiiis close to being GORED BY A BULL at a Texas rodeo ... and the entire crazy incident was caught on video.

Bryson "Cupid" Bernard -- whose 2007 hit "Cupid Shuffle" went double platinum -- was performing at the Humble Rodeo in Texas over the weekend when one of the bulls escaped from his pen.

Cupid -- who had his back turned to the bullpen -- heard the animal rushing toward him at the last minute ... and BEELINED IT to safety.

Miraculously, he wasn't injured ... and officials got the bull under control.

After the incident, Cupid said, "Just when I thought I've experienced it all, this happens!!!!! This some BULL ‪#‎viral‬ ‪#‎iwasScared‬." 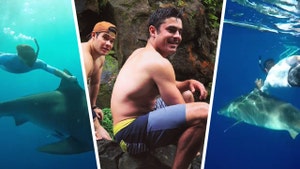 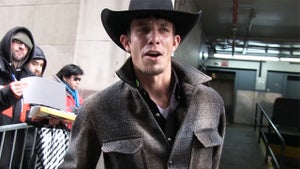 Bull Riding Champ J.B. Mauney -- We Get Mad Groupies ... Guess What We Call Them? (VIDEO)