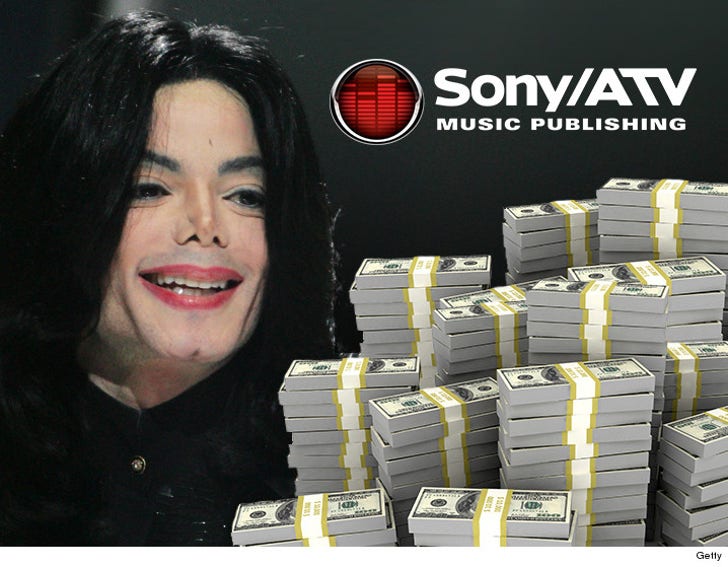 Hard to imagine Michael Jackson's Estate getting even richer, but it just happened -- Sony is forking over $750 MILLION to buy out MJ's share of Sony/ATVMusic Publishing.

Sony Corp. announced the deal to take over Jackson's 50% stake in the joint venture that was launched in 1995 -- and owns copyrights for some of the biggest recordings in history. For instance, Sony/ATV controls "New York, New York," "Jailhouse Rock," "I Heard it Through the Grapevine," "All You Need Is Love" and "The Mission Impossible Theme."

The estate will keep all songs written by Michael ... and a bunch of others by other artists which he purchased during his lifetime. The sale is expected to be finalized by the end of this month.

It's a remarkable deal struck by Estate executors John Branca and John McClain -- especially when you consider MJ bought the ATV catalog for $41.5 million in 1985. Not to mention, the fact MJ was far from financially flush when he died.

Three-quarters of a BILLION in one fell swoop. Don't it make you wanna scream?