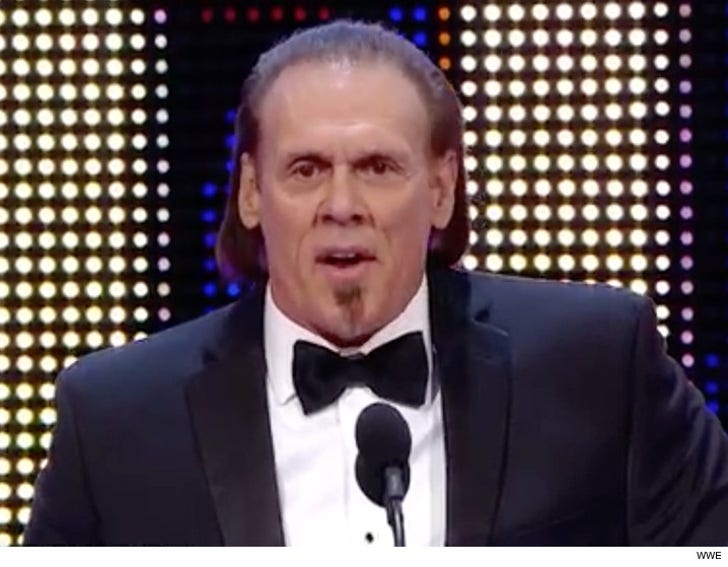 Sting has officially retired from pro wrestling ... making his announcement at his WWE Hall of Fame ceremony, just as TMZ Sports said he would.

We broke the story ... the wrestling legend messed up his neck real bad at his "WWE Night of Champions" match against Seth Rollins back in September -- and was never able to recover.

Sources connected to Sting tell us he was evaluated by several doctors who all agree -- it's just too risky for the wrestler to get back in the squared circle ... so, he's decided to hang up his singlet.

Well, he made it official tonight ... saying, "On this very night, at this very moment ... I'm going to finish my wrestling carer under the WWE umbrella ... and I am so proud of that."

"I am officially going to retire tonight."

He added, "I just want you to know this isn't goodbye, it's just see ya later."

As we previously reported, Sting is open to a non-physical role with the WWE -- but so far, it's unclear if the two sides have been able to hammer out a deal.

Newly inducted into the @WWE Hall of Fame, @STING announces his retirement from the ring. #WWEHOF #ThankYouSting https://t.co/5ru7YswgVI