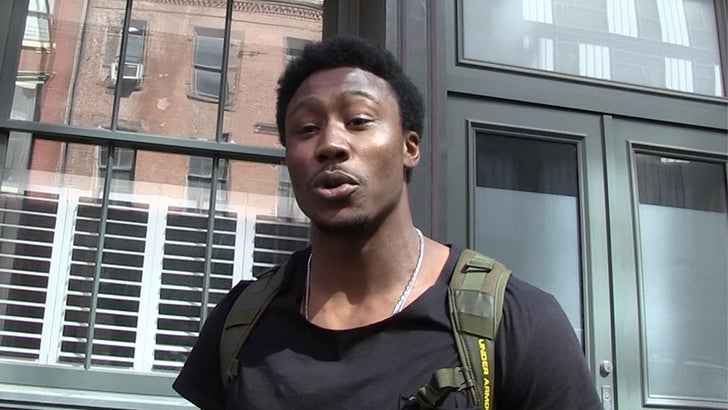 Add Jay Cutler & Brandon Marshall to the rash of shocking celebrity break-ups lately ... 'cause Marshall says he hasn't seen ... or heard so much as a peep from his old running mate since he left Chicago.

Marshall & Cutler played together on the Bears from '12-14 during which time the two guys were pretty much inseparable with Marshall actually crediting Cutler for helping him through a dark time in his life.

That's all over now ... when we got Marshall out in NYC we asked if he's still G-tight with his Ex-QB and Brandon told us the two can't even be called friends at this point.

So whats the beef about? Marshall didn't get into it ... but he has been critical of Cutler for various reasons since he bolted Chi-town ... and you gotta believe Cutler is none too pleased about that.