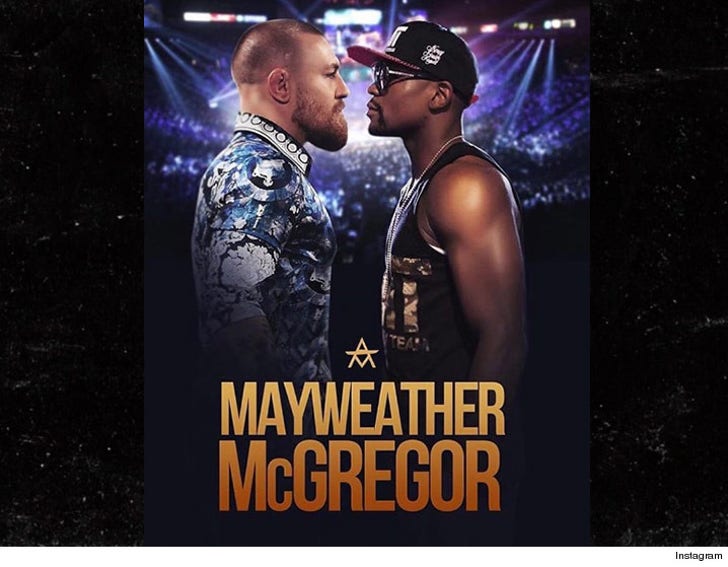 Conor McGregor is now more than insinuating he's up for fighting Floyd Mayweather, posting this face-off.

Floyd's been making rumblings, but now Connor's upping the ante with the fake poster.

Even if they're serious, there's this guy named Dana White who seems to have ultimate control, but he's not talking.

Whatever ... it would probably break records.