Kemosabe Records is giving Kesha permission to perform at the Billboard Music Awards, after all.

Dr. Luke's label announced Thursday that it reached an agreement with the BMAs ... once it was satisfied there would be NO reference to Kesha's legal battle.

Kesha got a small victory over Dr. Luke by pulling off the live performance he's blocked her from doing at the Billboard Music Awards.

Her pal, Ben Folds, invited her onstage during his Wednesday night concert at L.A.'s Orpheum Theatre ... and they did a somber version of Bob Dylan's classic, "It Ain't Me, Babe."

Kesha said she wanted to do the song at Sunday night's BMAs ceremony -- but as TMZ first reported, Luke's Kemosabe Records bigfooted her ... and yanked its approval for her to play at the award show.

Sources at the BMAs say Kesha was planning to make a "statement" about her battle with Luke and Sony, and that's why he shut it down. Kesha denies she was going to mention Luke. 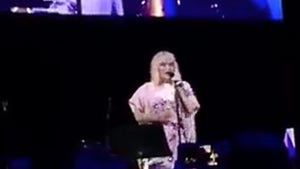 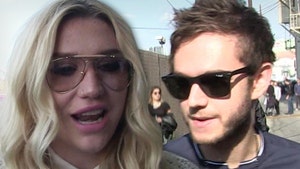