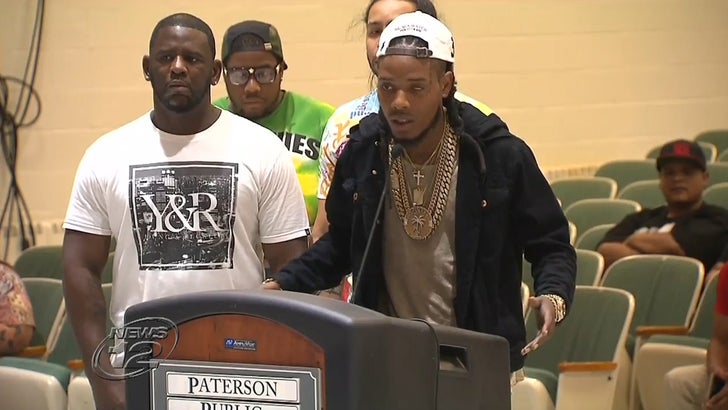 Fetty Wap did a mea culpa after his rap video got a school principal benched.

The remorseful rapper took the mic Wednesday night at a Paterson, NJ school board meeting in the wake of the suspension of the principal who let him film at the high school he attended.

Fetty had been adamant the school district missed the point of his video that features images of weed and pole dancing in a classroom.

Before the board meeting Fetty rallied troops to gather support for the principal.