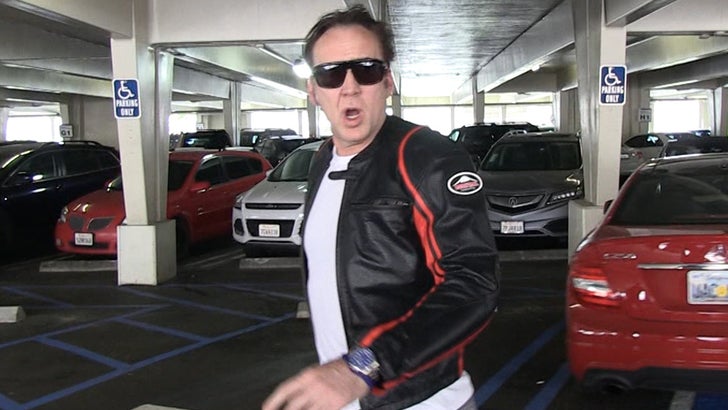 Nicolas Cage fell in love Wednesday at the Burbank Airport ... and our photog is responsible for it.

Jesse was multitasking ... holding his camera in one hand and a leash in the other. His apartment is being re-carpeted so he had to take Otis, his fiancee's chihuahua, to work.

Nic had a thing for Otis, and then proceeded to tell us about his favorite dog and a tiger-like cat in his menagerie.

By the way, Jesse got married this past weekend. He called his wife his fiancee. Force of habit, maybe. BTW ... Congrats!!! 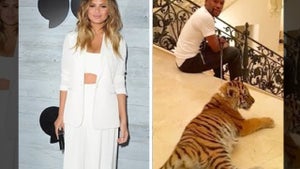 Floyd Mayweather -- Rips Chrissy Teigen ... Back Off My Tiger! 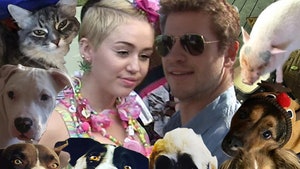