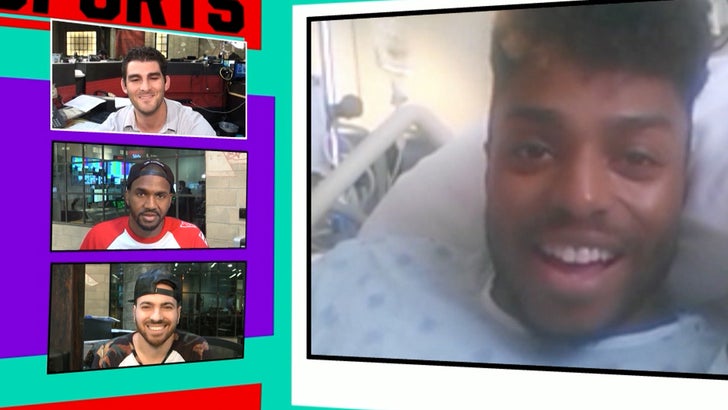 One of the survivors of the Orlando massacre is one of Tim Tebow's former high school football teammates -- who tells TMZ Sports he was "honored" that his old QB visited him in the hospital.

We spoke with Rodney Sumter Jr. -- who was shot 3 times at Pulse nightclub ... twice in the elbows and once in the back.

Turns out, Sumter was a wide receiver at Nease High School when Tim was at the helm -- and when Tebow found out about the connection ... he made sure to visit his old friend at Orlando Medical Center on Tuesday.

You gotta watch the entire interview on the "TMZ Sports" TV show on FS1 (airs tonight at 9pm PT, 12 ET) ... Rodney even tells one of his favorite Tebow high school football stories.