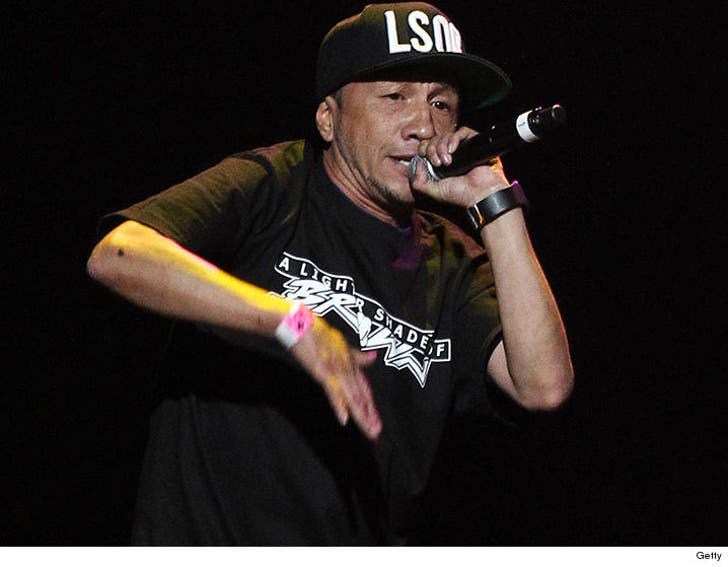 Bobby Ramirez -- best known as rapper DTTX from A Lighter Shade of Brown -- died Monday afternoon after lying in a coma for 11 days.

Ramirez was found unresponsive July 7th on a scorching Vegas street. His family tells us when paramedics found him, his body temperature was 107 degrees and he had severe burns.

Ramirez was taken to a nearby hospital and placed on life support.

Ramirez' family tells us the 46-year-old had battled the bottle for years ... but they believe his death was due to cardiac arrest and heat stroke.

Ramirez grew up in Riverside, CA before teaming up with fellow rapper ODM in the 90's to form A Lighter Shade of Brown. The duo made several successful albums, including "Brown & Proud."