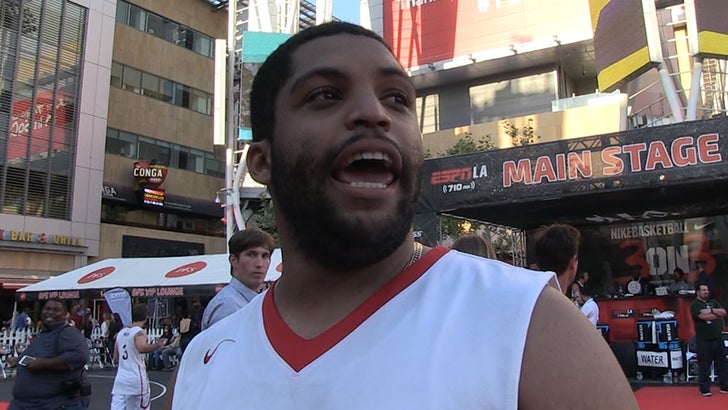 O'Shea Jackson Jr. doesn't believe in violence, but thinks God sometimes resorts to such tactics when a mere mortal needs to be taught a lesson.

We got O'Shea out at a celeb basketball event at LA Live Friday, and our photog asked about George Zimmerman calling 911 and claiming a guy in a Florida bar called him a "n***** lover" and then punched him in the face.

O'Shea has an amusing theory on why someone might think Zimmerman's a fan of black people. 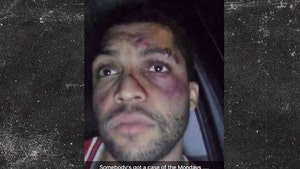 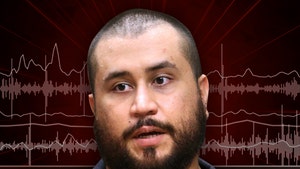