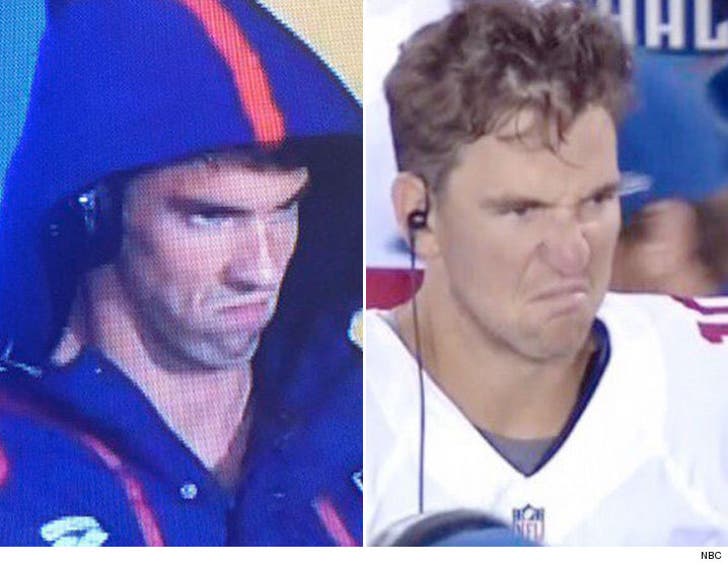 It's a battle of the scowling sports stars.

Here's Olympic Medal winning Michael Phelps (31) preparing for a mean race in Rio Monday (left) and an angry Eli Manning (35) during an old NFL Hall of Fame game (when they used to actually play 'em).

Sometimes being on the top of your game stinks.