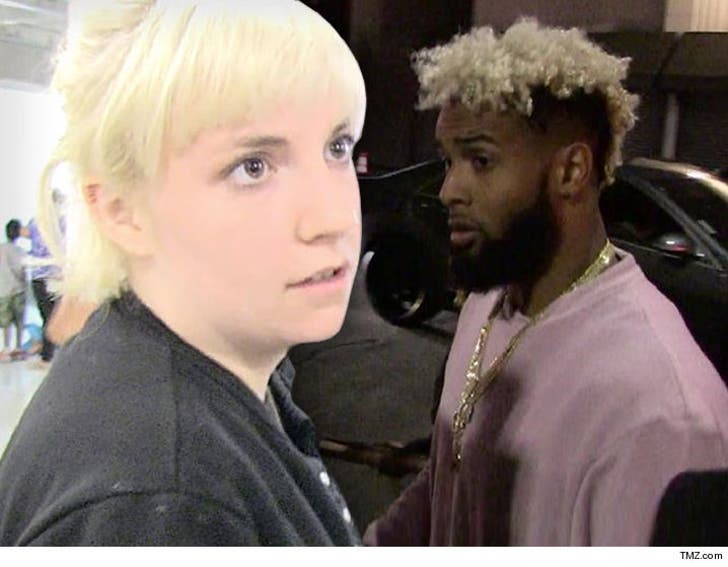 Lena Dunham is continuing her apology tour to Odell Beckham Jr. ... now claiming the hot models and actresses she was surrounded by at The Met Gala made her feel insecure.

In a lengthy post -- Dunham apologizes -- saying, "... when I show up to the Met Ball surrounded by models and swan-like actresses it's hard not to feel like a sack of flaming garbage." She says her insecurities led her to make assumptions about what Odell was thinking about her.

She continues, "I see how unfair it is to ascribe misogynistic thoughts to someone I don't know AT ALL. Like, we have never met, I have no idea the kind of day he's having or what his truth is."

Dunham also apologized for her contribution to, "a long and often violent history of the over-sexualization of black male bodies- as well as false accusations by white women towards black men."

Still no word from Odell.