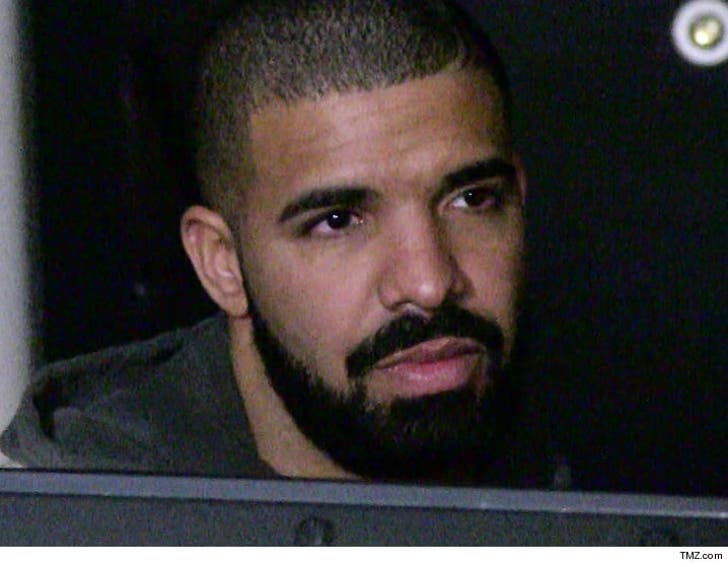 Drake is more banged up than he thought and says his injured ankle is forcing him to postpone his tour.

The rapper broke the bad news Wednesday, telling fans he's putting off at least 3 upcoming concerts. He specifically named Toronto, Philly and one of his Newark shows. Drake says he's been toughing it out, but he's now under "doctor's orders" to take a break.

Although Drizzy already made a stop in Meek Mill's hometown earlier in the tour -- you gotta think Meek's crew wanted a second bite of the apple.

Drake used the word "postpone" ... so chances are the shows will be rescheduled, even though he doesn't mention new dates. 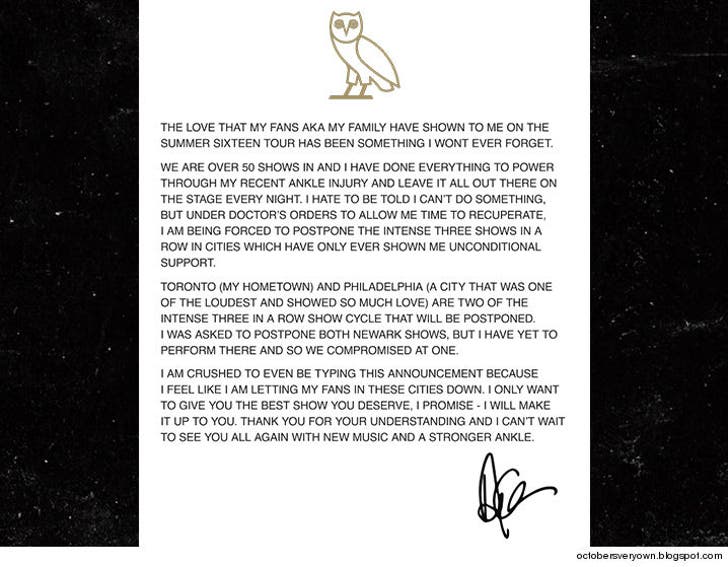 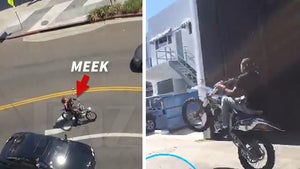 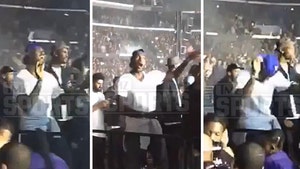