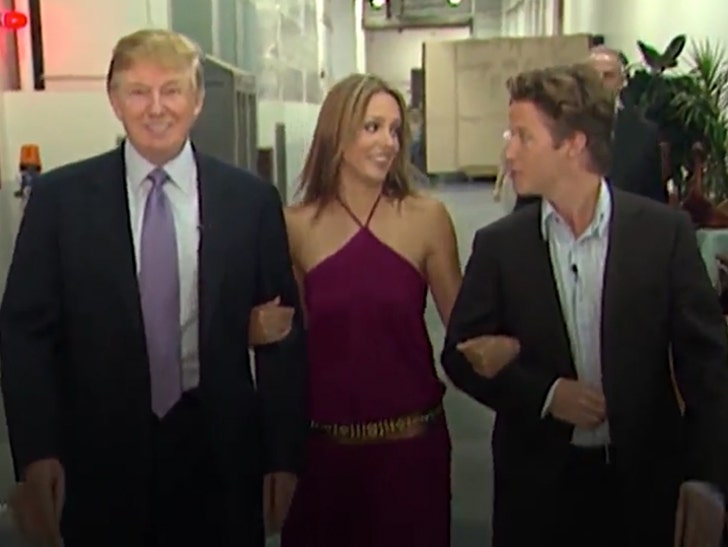 The woman Donald Trump and Billy Bush were ogling at as they waited inside an "Access Hollywood" bus just broke her silence, calling the shenanigans an "abuse of power."

It's unclear if she's taking about Trump, Billy Bush or both, but Arianne Zucker, an actress on "Days of Our Lives," says "I have grown to learn that the words of others cannot effect the value of my self worth or define the content of my character."

She goes on ... "How we treat one another, whether behind closed door, locker rooms or face to face, should be done with kindness, dignity and respect. Unfortunately, there are too many people in power who abuse their position and disregard these simple principles and are rewarded for it."

Trump and Bush were commenting on how hot she was and how she had great legs. Trump also said he needed Tic Tacs because he might kiss her. Bush goaded them to hug.

Zucker ends by saying, "In understanding the magnitude of the situation, I choose to stand tall with self respect and use my voice to enrich, inspire and elevate the best of who we are as people."