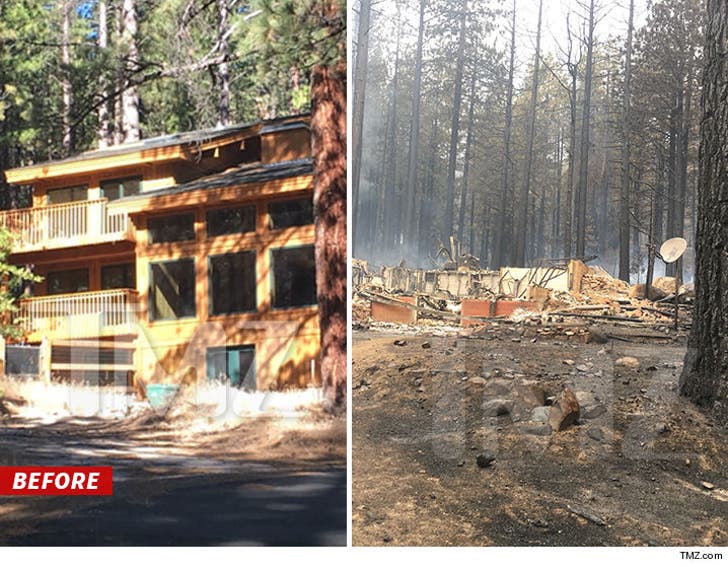 The one year anniversary of Lamar Odom's overdose in a Nevada brothel got really creepy for the brothel's owner, Dennis Hof -- his $2 million mansion burned to the ground.

Hof's home in the Reno area is toast after a controlled burn, set by the state of Nevada, clearly got out of control and took down his 3-story palace in the woods. The timing has gotta make you think twice.

It was one year ago Thursday that Lamar fell unconscious at Hof's Love Ranch South in Pahrump, NV ... after partying hard for days with hookers and drugs.

Hof tells TMZ ... he definitely feels like Khloe and the rest of the Kardashians put a hex on him. He's planning to be on a remote island this time next year. Just in case.