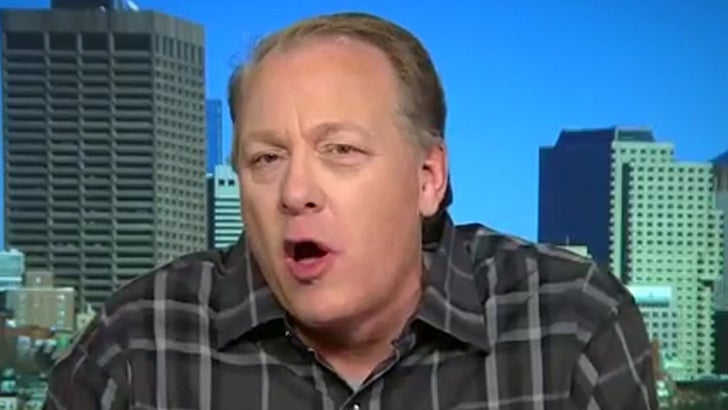 Curt Schilling says he's NOT anti-Muslim -- just anti-extremism -- but insists there's a "long-standing connection between Islam and the Nazi party."

The former MLB superstar just appeared on CNN to talk about his potential Senate run -- when he was asked about a social media post which Jake Tapper said compared Muslims to Nazis. 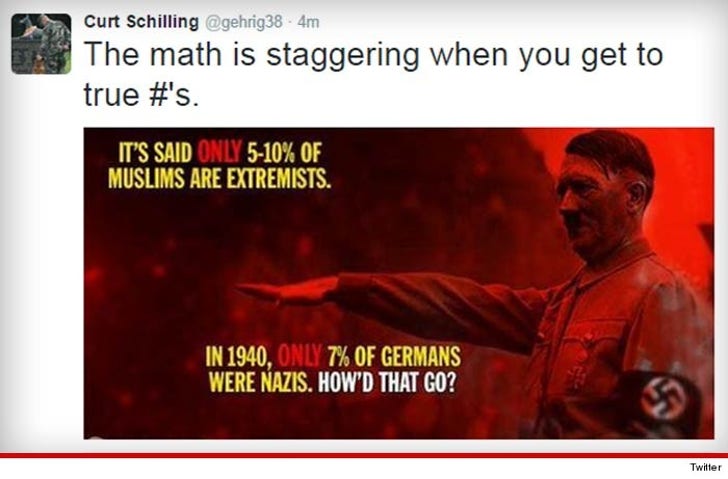 "Nope, nope, nope," Schilling said ... "I compared Muslim extremists to Nazis ... that 'extremist' part, I know that's tricky, but that's the part that gets left out by everybody."

"If you take the word extremist out that's an incredibly racist post."

But just when it seemed he was about to back off, Schilling doubled down hard. 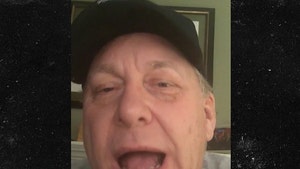 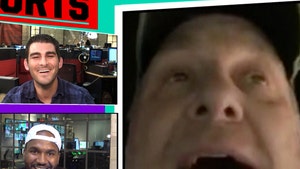